Central Bank of the Republic of China (Taiwan)

The Central Bank of the Republic of China (Taiwan) will issue the tenth coin set of the National Parks of Taiwan series, Shoushan National Nature Park, on November 11, 2021. The Central Bank has delegated the Bank of Taiwan to sell the coin sets to the public on a first-come, first-served basis, limited to one set per purchaser at a time. A total of 20,000 coin sets will be issued. Each set costs NT$400.

This coin set consists of five coins, NT$1, NT$5, NT$10, NT$20 and NT$50, as well as a commemorative medal bearing a colored image of East Gate of Old Fongshan City Wall, on the obverse, and an image of Formosan macaques on the reverse. This coin set showcases the Shoushan National Nature Park and various natural and cultural wonders within, such as the limestone terrain formed on uplifted coral reefs, the Thailand Valley, the Cihou Lighthouse, and the former British Consular Residence at Dagou. It also depicts the biological diversity of the shallow mountain ecology in the park, including the Formosan date palm, Taiwan titan arum, Muntiacus reevesi micrurus and Geothelphusa makatao.

We are grateful to the National Nature Park Headquarters for examining the symbols and literature used in the preparation for the issuance of this coin set. 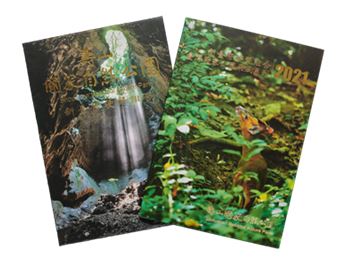